Find us on Etsy 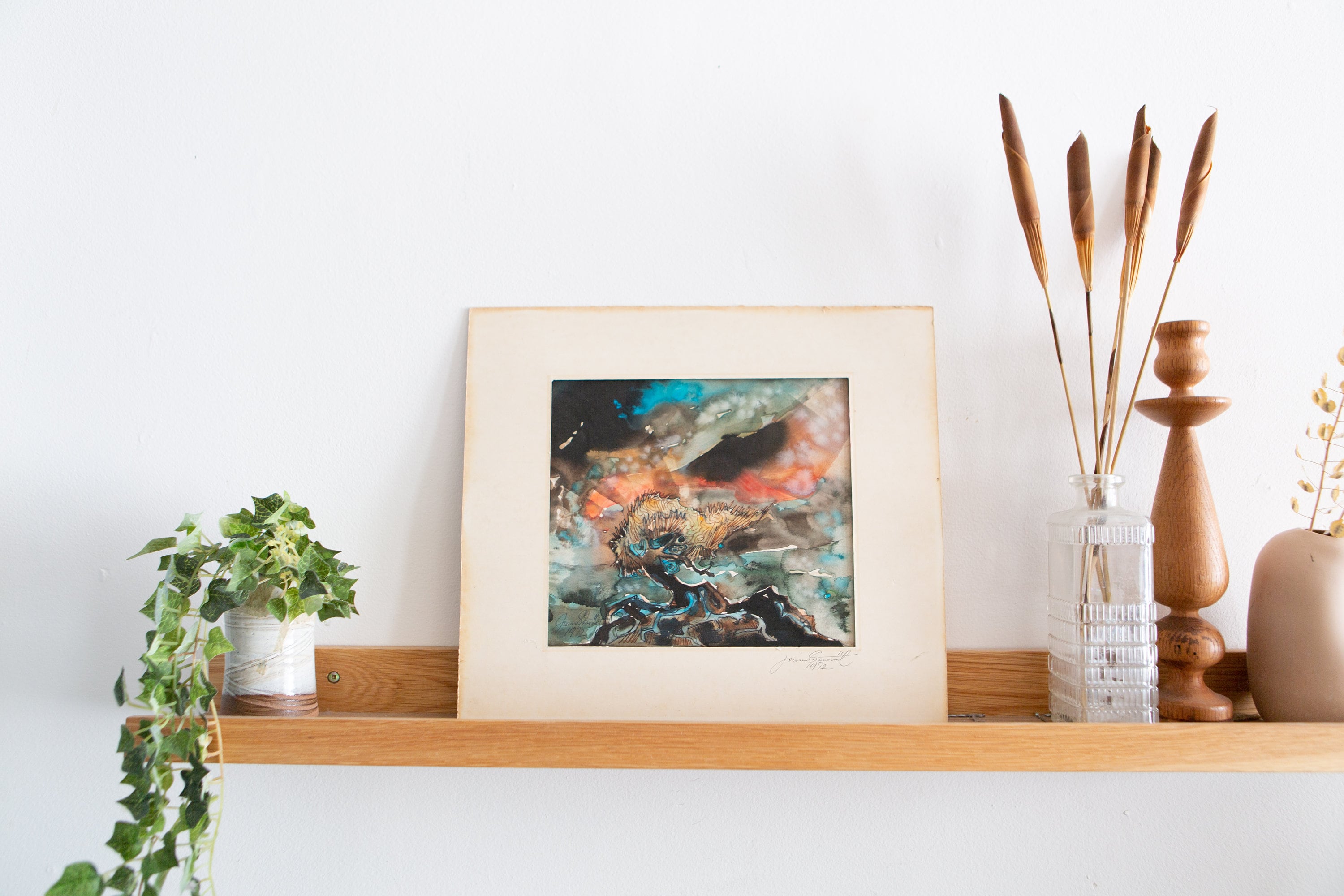 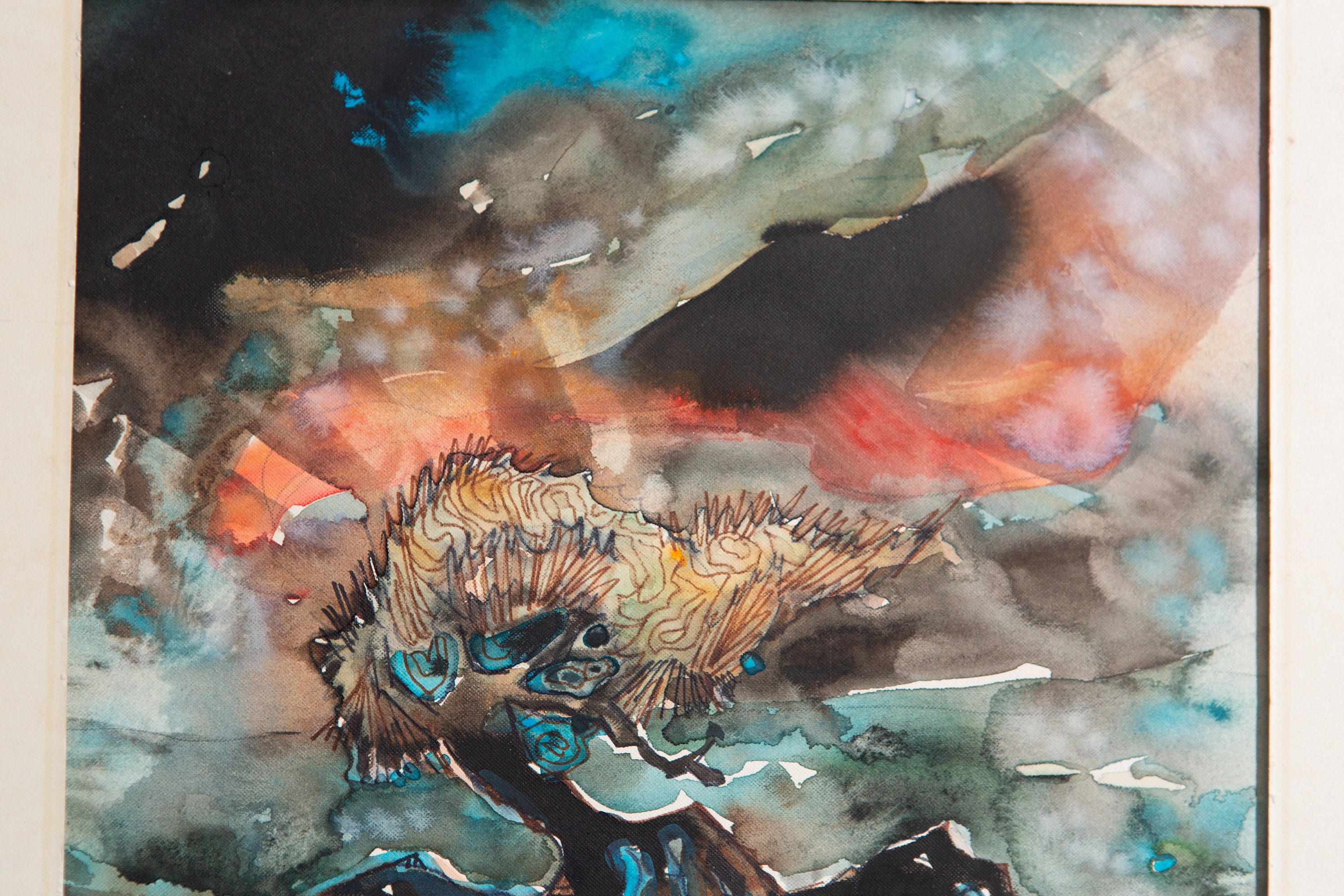 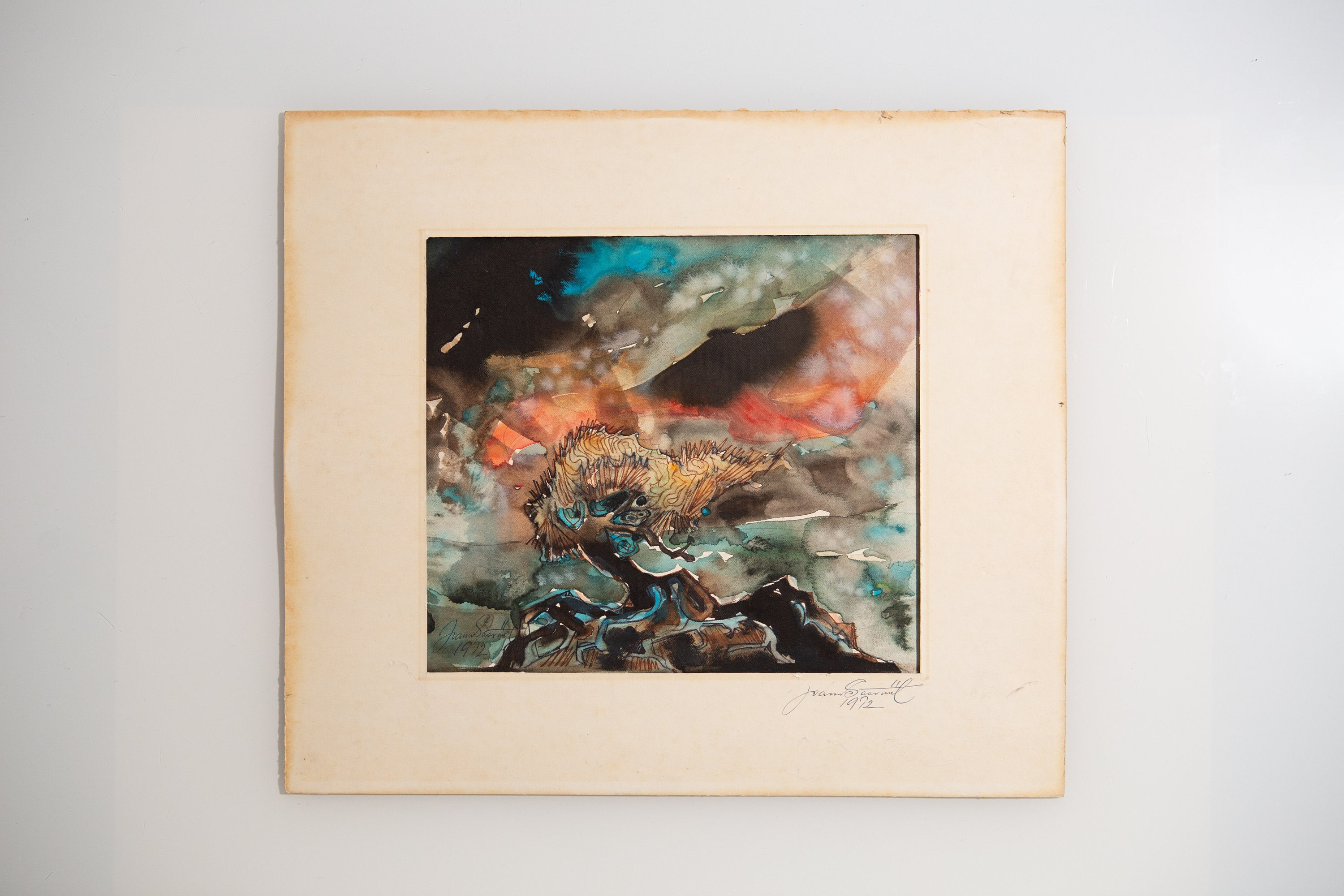 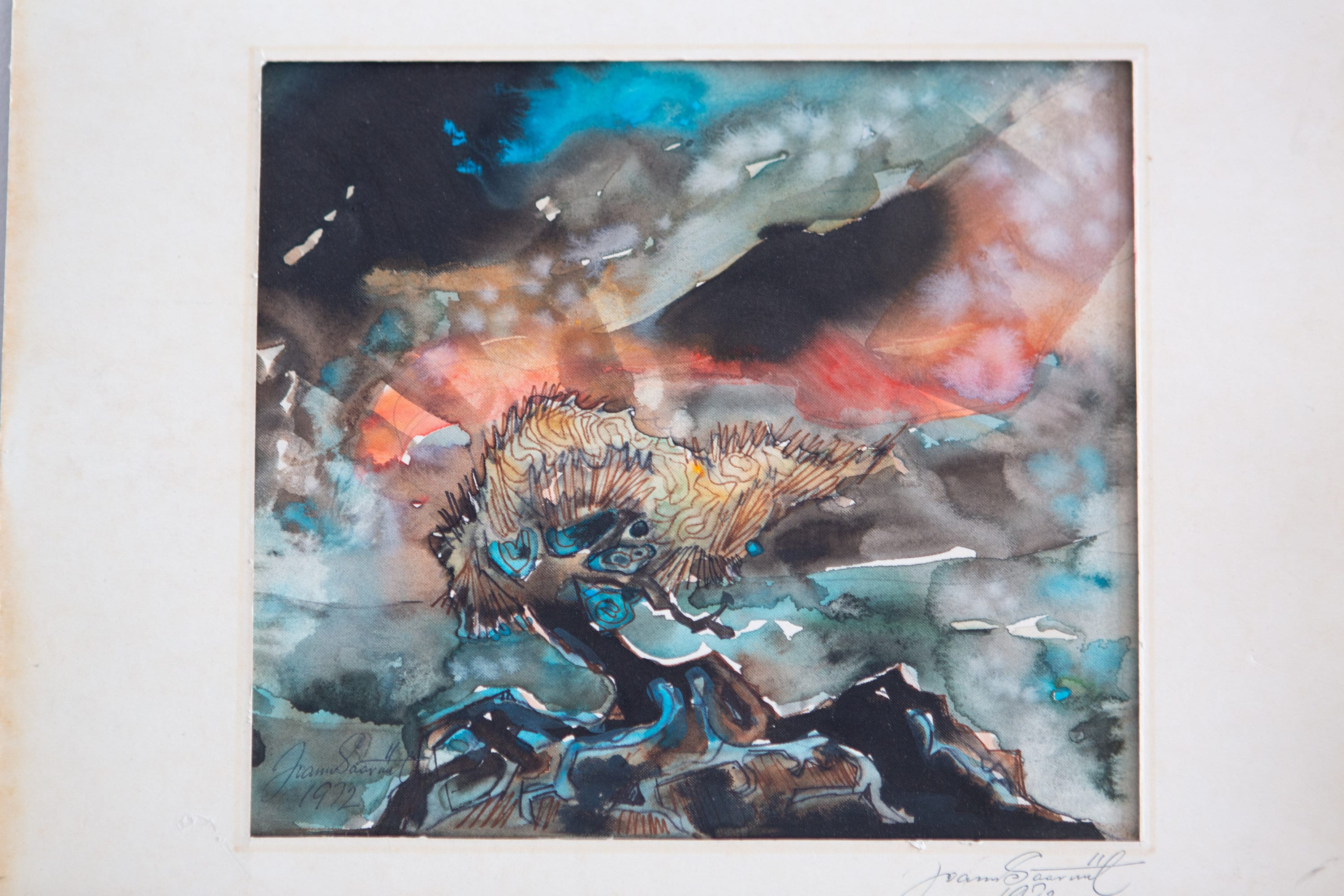 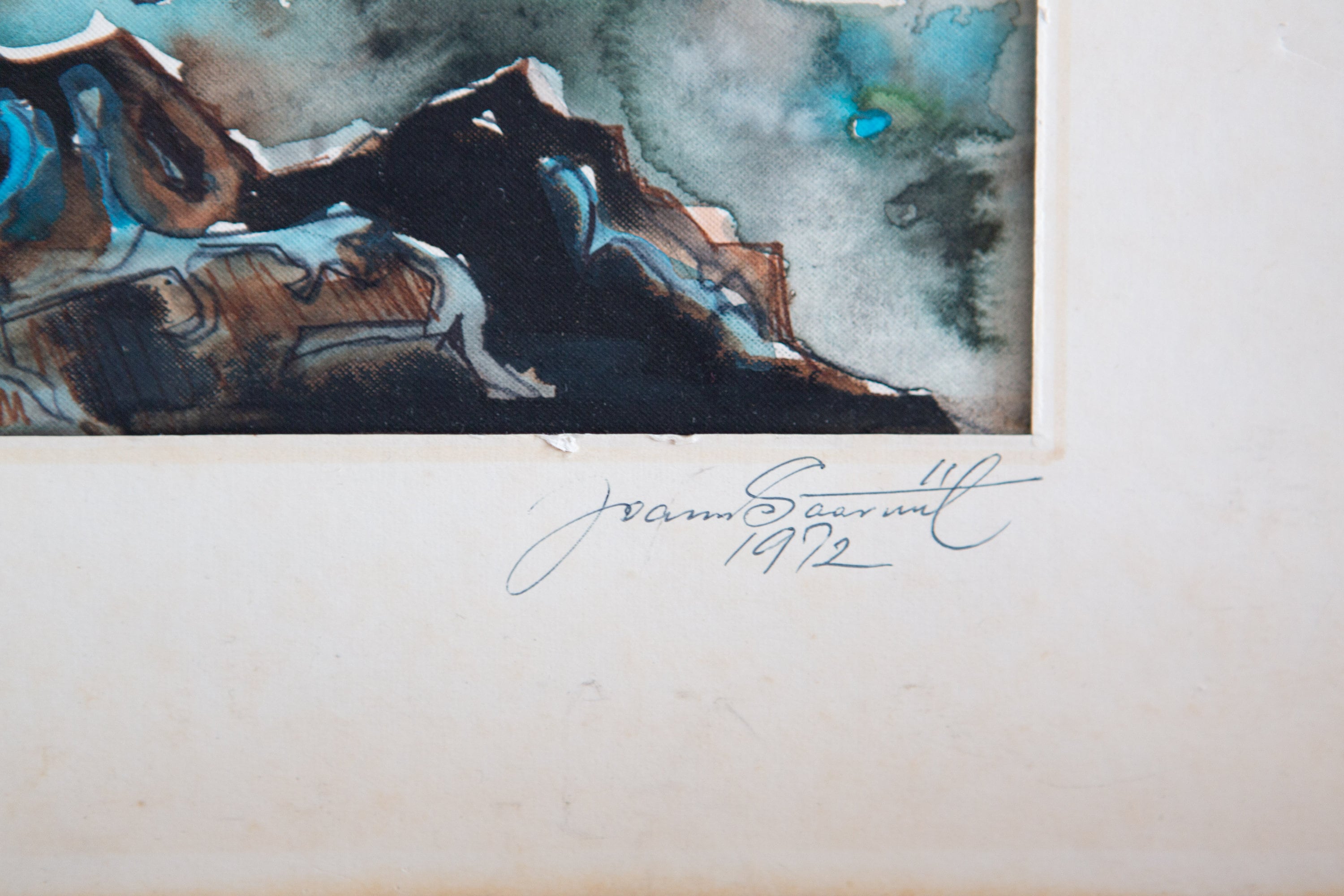 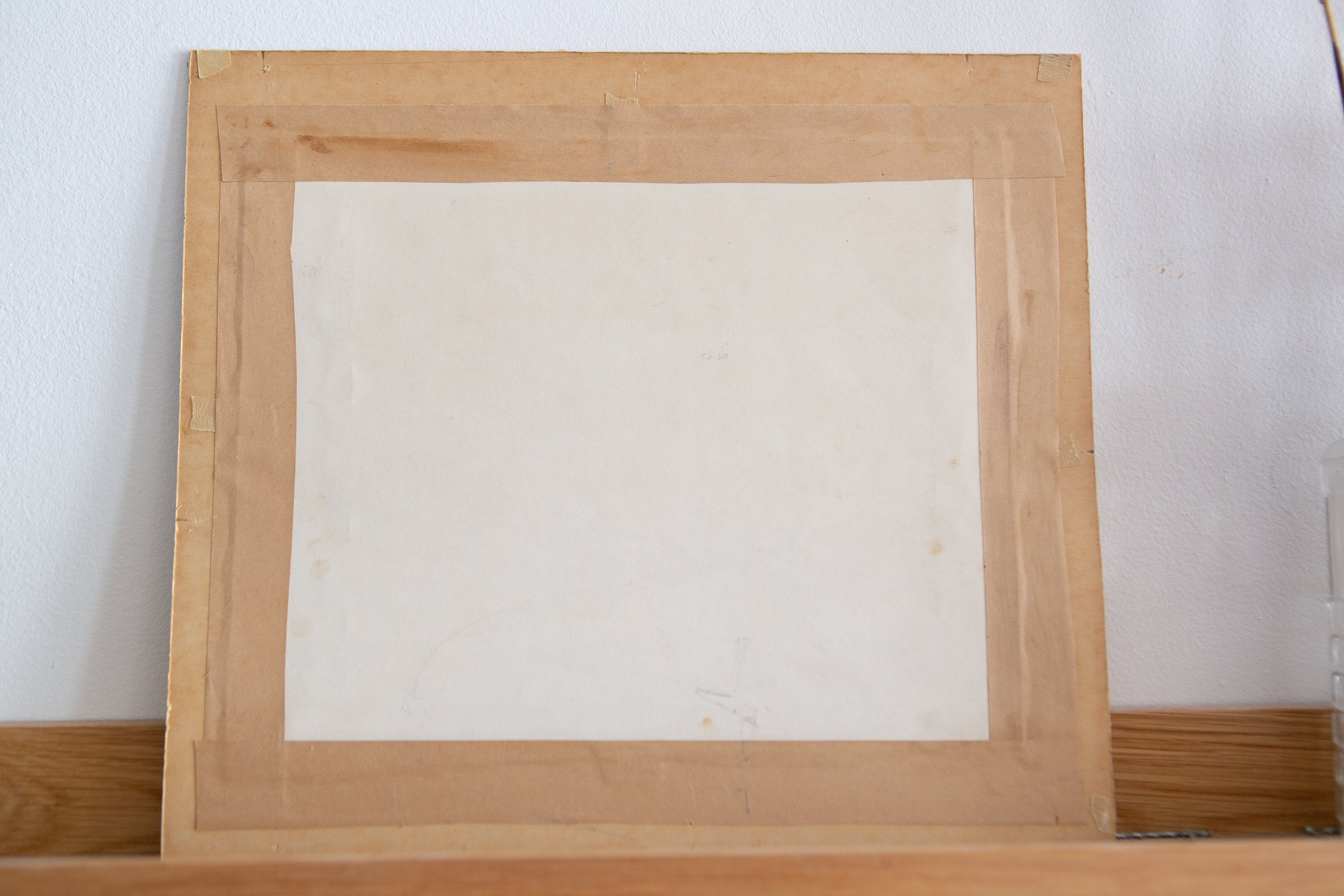 This is a beautiful original watercolour painting by Joann Saarniit.

Measurements:
Artwork: 8x9 (however, it is partially covered by mat, so could be 8x10”)

Born on May 11, 1909 in Estonia. Received his diploma as Master of Decorative Painting form the State School of Art in Tallinn, Estonia in 1939. Started painting the horrors of World Ward II and life in Siberia and the first exhibition in history on this theme was held at the Grona Paletten Galleries in Stockholm, Sweden in 1948. Was one of the 347 Estonians who came across the Atlantic Ocean illegally in 1948.

His latest motifs were based on prehistoric Sumeria, high relief method. Works are in permanent collections in Canada House in London, England, Willowdale High School in North York, Ontario, the S. J. Zacks Collection, the National Gallery of Art at the Smithsonian Institute in Washington D.C., Canron (Canadian Iron Foundry) in Rexdale, Ontario, Eastern High School of Commerce in Toronto and a mural in the Royal Trust Tower in Toronto. Large mural and many other works at the Estonian House in Toronto.

Recipient of many awards including AVIVIA Chapter Hadassah III Award (1957), II Award (1960), Award of Merit in San Francisco (1975) and I Prize in Seattle, Washington (1981). Also the proud recipient of the Order of Merit from the Estonian Central Council in Canada. Published a portfolio “Behind the Iron Curtain” and a book of his memoirs “:”from West to East and East to West”.

Became a member of EKKT in 1961 and was on EKKT’s First Art Album Committee, published in 1966. Articles in many newspapers, books, catalogues and files. Died in Toronto, Canada on August 19, 1984. His son and granddaughter have inherited his artistic abilities.
_________________

Shipping:
Price includes tracking in Canada and USA. Items purchased from the USA are shipped from Niagara Falls, New York with USPS. Items bought in Canada are shipped from Toronto, Ontario with Canada Post. If you reside in Toronto, a pick up can be arranged. Overseas buyers (outside of USA and Canada) can expect the package to arrive in 2-4 weeks.

And if you have any questions, please feel free to send us a message!

I'll do my best to meet these shipping estimates, but can't guarantee them. Actual delivery time will depend on the shipping method you choose.

I gladly accept returns and exchanges

Ship items back to me within: 14 days of delivery

But please contact me if you have any problems with your order.

The following items can't be returned or exchanged

Because of the nature of these items, unless they arrive damaged or defective, I can't accept returns for:

0 items in your cart